Since 2011 our efforts are focused on causes dear to our hearts.

Created to help the MoD in the delivery of an area of recovery sport for those who had been wounded, injured or became sick in service.  Some 9 years on as I write, the charity’s work has included generating a World Champion in powerboats, twice headlined the Autosport Live Action Arena, and has enabled a team from all three services to race in British GT under the Invictus Games Racing banner – but also has helped over 2000 former servicemen and women into employment.  We’ve clearly grown, but that spirit of fun, and the shared love of things automotive stills runs as strongly through us as it did at the charity’s launch – at Thruxton circuit, and on GoldTrack trackday in March 2012.

It is our job to help our guys and girls to get the most from their pastime, and there are few things as fun and engaging as a trackday amongst friends. We all have a finite budget of time, money and patience for the things that restore us, and helping people to love and be lit up by what they do is very much our aim.

Colin’s wealth of experience has been captured on paper here for the first time, and is a must read for any track day goer seeking to get the most for their hard won money and time.  We are privileged to be able to share this book with our beneficiaries, and are hugely grateful to CAT Driver Training for their unwavering support. 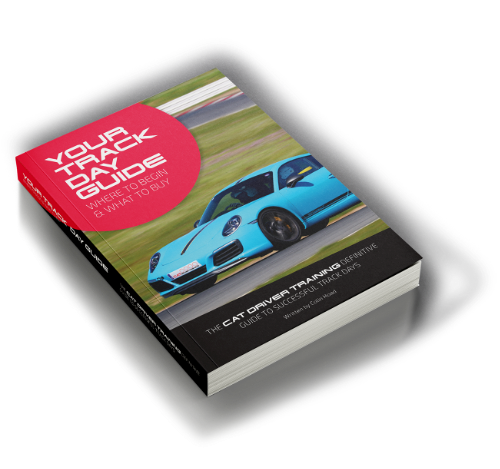 In 2019 CAT started a new initiative nicknamed ‘CAT Smiles’. Now in its third year, every time a client agrees to have their photo taken for social media; we donate £5 into a custom Terramundi Charity Pot.

2020 saw the continuation of our client car photo fundraising initiative.  Despite the challenges 2020 brought to us all, £2,548.79 was raised & shared 50/50 between two Charities chosen by one of our clients: SERV Herts & Beds Bloodbikes & Northamptonshire Parent Infant Partnership (NorPIP).

Read the story while learning more about the Charities here.

Mission Motorsport the Forces charity behind the race, work tirelessly to support veterans through their philosophy of 'Race, Retrain, Recover'.

£1026.22 was raised by our client photo initiative in 2019, with every penny donated supporting them to helping vulnerable children have a safe & happy childhood.

Find out more about our social media fundraising initiative for Action for Children here.

Guide Dogs exists to provide life-changing services to the 360,000 people who are registered blind or partially sighted, and the two million people in the UK living with sight loss.

Since 2010 we have been sponsoring puppies through their training.

Willen Hospice celebrated its 30th anniversary in 2011. A celebratory Ball was held in May with key auction prizes provided to help raise significant funds. In conjunction with our Millbrook partners, a corporate day was up for grabs. The winning bid was a fantastic £9000.

Since 2012 the CAT instructor team help the Directors fulfil their Duty of Care under the Corporate Manslaughter Act 2008. By gifting the necessary assessments and any remedial training required, this reduces their team’s driving risk.

Starlight Children’s Foundation brightens the lives of seriously and terminally ill children by granting them once-in-a-lifetime wishes and providing entertainment for children in hospitals and hospices throughout the United Kingdom. All Starlight’s activities are aimed at distracting children from the pain, fear and isolation they can often feel as a result of their illnesses.

When Starlight began in 1986, they helped just four children; today, they help over 500,000 children every year all over the UK. Wherever possible, they include the whole family, strengthening family bonds during difficult times and providing happy memories for everyone to share, no matter what the future may hold. Starlight receives neither Government nor Lottery support.

CAT provides driving experiences as requested by any of the special people in their care.

In January 2012, the first Wish was granted to Jamilla who wanted to learn to drive. It was our privilege to have been able to give her a great start to her lessons at Millbrook.

Our money back guarantee

Attend a course & feel your knowledge & technique has not developed, you've not been taught new skills, or not been treated with respect & professionalism, your money will be refunded. It’s as simple as that.

An ordeal up a single-lane mountain track

How does a Limited Slip Differential work?

Coded and built by Prominent Media