Over the next few months we’re going to be taking a look at some of the inspirational journeys our customers go through on their way to becoming advanced drivers. We’ll be looking at how they started, the skills they’ve learnt and what’s made them the driver they are today and hopefully, this will inspire more of you to grab hold of your passion and get behind the wheel. And if you are looking for inspiration to become a better driver, you need look no further than this month’s superstar, Stef Leaney. From being a relative novice behind the wheel at his first session with CAT Driver Training, Stef has just come off the back of two race wins at Silverstone and is leading the 750MC Bikesports Championship in a Radical PR6 in his first season. So, let’s dive straight in to look at how it all began.

Where did it all begin? 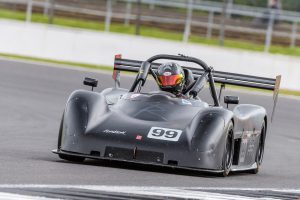 The journey began in January 2015 with a Track Day Novice and Drifting & Over Grip Limit Handling course. Stef had raced bikes previously and had a powerful road car at the time. He wanted to take it on the circuit and thought it would be wise to get rid of any habits that he’d picked up over the years and see how to get the most out of the car. As many of our customers do, he started with just 1 day initially and then went on to book more.

First thoughts on the training

It was the facilities at Millbrook that really pleased Stef. “Millbrook has everything you would ever need to become an advanced driver” he commented. He was also particularly complimentary about Colin. “He talks to you in a certain way, he explains things well and has the right balance in terms of his attitude”.

If you’ve been on a course at CAT Driver Training, you’ll know that we tailor our courses to the needs of each individual and that’s one of the reasons why our customers learn so much more.  “How much you can unbalance the car with both the throttle and the brakes was quite an eye opener for me” says Stef. “That and lane changing and how small inputs in the steering wheel can have a big difference. I learnt how to drive smoothly and with precision.”

A month later Stef was back with us to focus more on Grip Limit. “Once I’d done some more training with Colin, I went for a day at the track and everything fell into place” says Stef. “Then I did one more day and Colin said, “you can’t really go any faster than what you are in this car”. He could see my desire to go quicker. He said, “I think you need to go racing”.

A BMW M4. “I actually did a day where Colin helped me set up my M4 for Spa” says Stef. “I put racing suspension on it that was fully adjustable. We did an evening on the Handling Circuit and I had bucket seats at the time so I could really feel what was going on. I learnt a lot from that one session, just going around and adjusting the suspension lap after lap and feeling the difference.” 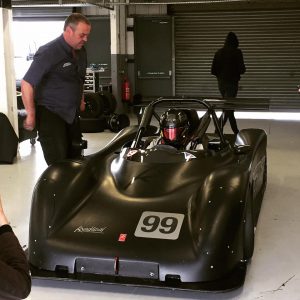 “I did a run down at Spa after my two days with Colin” says Stef. “Then I sold my M4 and tested a Radical SR1 which is an entry level Radical and really liked that so I bought it and did 6 or 7 track days with it. I was looking at my times on the test days and they were really competitive so I decided to sell the SR1 and buy my current car which is a single seater PR6.”

How much did CAT Driver Training make a difference?

“It was when I bought the Radical that the training from Colin came into its own” explains Stef. “Because it was a proper race car, everything could be adjusted, everything could be changed. A lot of the theory work I did with Colin over the 3 days and on the circuit made so much sense when I was putting it into practice. Because I had done all that training, I could then apply what I had learnt in my M4 to a car where you’ve got no ABS, no traction control, no power steering. It’s just stripped back. I don’t think I would be as successful as I am now without that training.  It’s like making a good base, a good foundation layer from which you can build upon.” 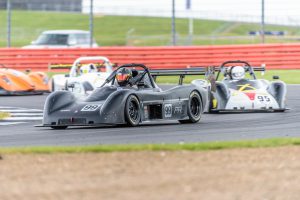 The proof came in Stef’s first race. It was a really wet Donington and relying on what Colin had taught him, Stef managed to get the car balance “pretty well sorted” and he came third in his first race. No minor achievement considering that PR6s don’t traditionally do well in the wet because they are so light. Just to put the result into context, the next PR6 finished 16th so it was a really good result. He then went on to Silverstone where he won two races in a row.

“If I had just gone out and bought a Radical to begin with” explains Stef, “I wouldn’t have had that understanding of what is going on with the car and why it behaves the way it does.  When I see some of my counterparts at the track and they’re talking about their cars behaviour and they’re wondering why it’s doing it and just expecting the mechanic to sort it out for them, I think – if you don’t understand what’s happening, how is your mechanic supposed to fix it?”

So what are Stef’s top tips?

Are you feeling inspired by Stef’s story? Would you like to explore how you can do the same? Take action and contact us today for an informal chat on 01234 757 633 or email us at info@catdrivertraining.co.uk.

If you would like to keep an eye on Stef and follow his Radical racing success, the results of the races are posted on the Bikesports Championship’s Facebook page which you can find here: https://www.facebook.com/bikesportschamp 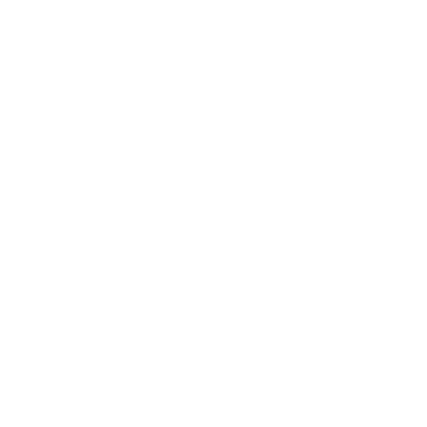